How much price of Rolex Submariner Date watch 126610LN? 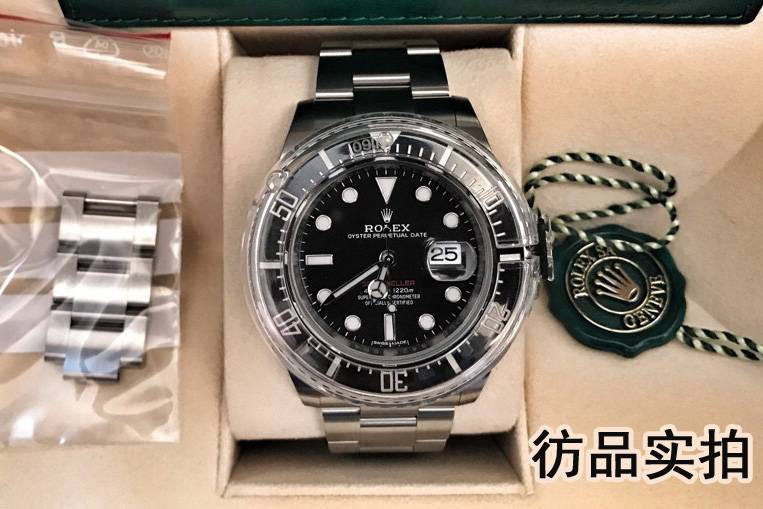 The Rolex Submariner Black Watch is the first young Rolex watch, and it is also a popular style. Since its launch, it has become a trendy watch for young people with its cheap, fashionable appearance and sporty atmosphere. 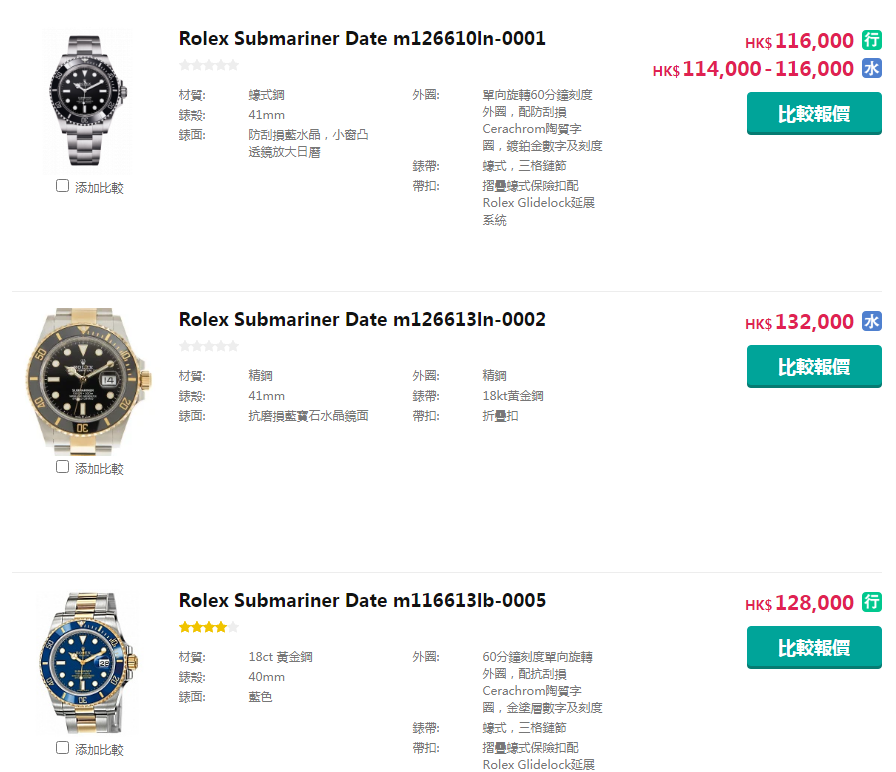 The market price chart of Rolex Submariner Date Black Watch 126610LN from November 2020 to present.
126610LN used to have an astonishing price of 2 million yen when it was first launched, but it was a short sweet time when people were eager to buy new models and were more willing to pay a lot of silver. Later, with The relatively stable volume of watches has made the price slowly drop. Starting from November 2020, the price of 126610LN has dropped from about 1.6 million and 1.7 million yen all the way to 1.5 million yen.
As a result, at the end of March 2021, it was in the waiting period before Rolex was about to release the new model, so the price of 126610LN began to rise again, and then it continued to climb all the way from April and May to June. , 7 months later, the price of 126610LN has now surpassed the high point last November and then climbed higher.
In addition to the price chart of 126610LN, Japanese media further intimately listed the pricing and current market prices of the four new and old water ghosts, from which we can compare the latest market prices of the new and old water ghosts.. 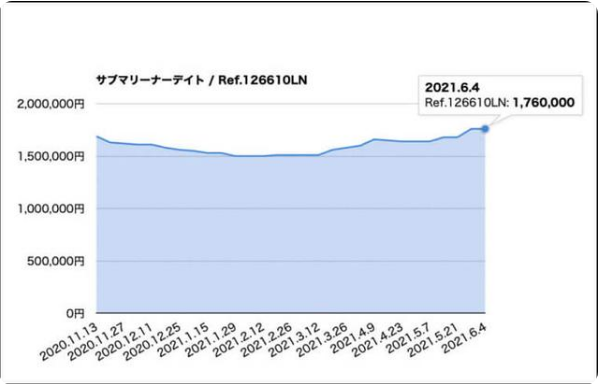 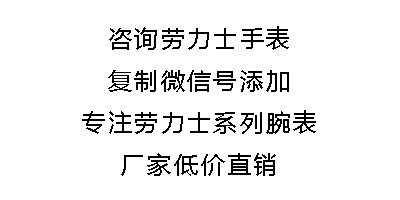